If you are using the backup software Macrium Reflect, you may know that it relied solely on the Windows Task Scheduler for backup tasks. The new Macrium Reflect 7.3 update introduces support for a native task scheduler that users of the software may use instead.

Macrium highlights the main reason for making the change in the “new in Macrium Reflect 7.3” support article on the company website:

We’ve integrated our own scheduler into Macrium Service to replace the default Windows Task Scheduler (WTS). WTS has been the only method for scheduling Macrium Reflect backups for many years, but unfortunately it’s been plagued with reliability problems surrounding Daylight Savings Time (DST) changes and no longer provides the quality of operation required by Macrium Reflect.

Reliability problems of the Windows Task Scheduler are the main reason for integrating a native solution. Existing users of the backup software will get a prompt on the first start after upgrading the software to the latest version. The prompt is postponed if a backup process is running at the time.

The prompt informs users about the native task scheduler and provides an option to convert all Windows Task Scheduler tasks right away, or skip the conversion for the time being.

Both scheduling options, native and Windows’ Task Scheduler, remain available in the backup software. Users may configure the scheduler that is being used under Schedule > Edit Defaults > Schedule. 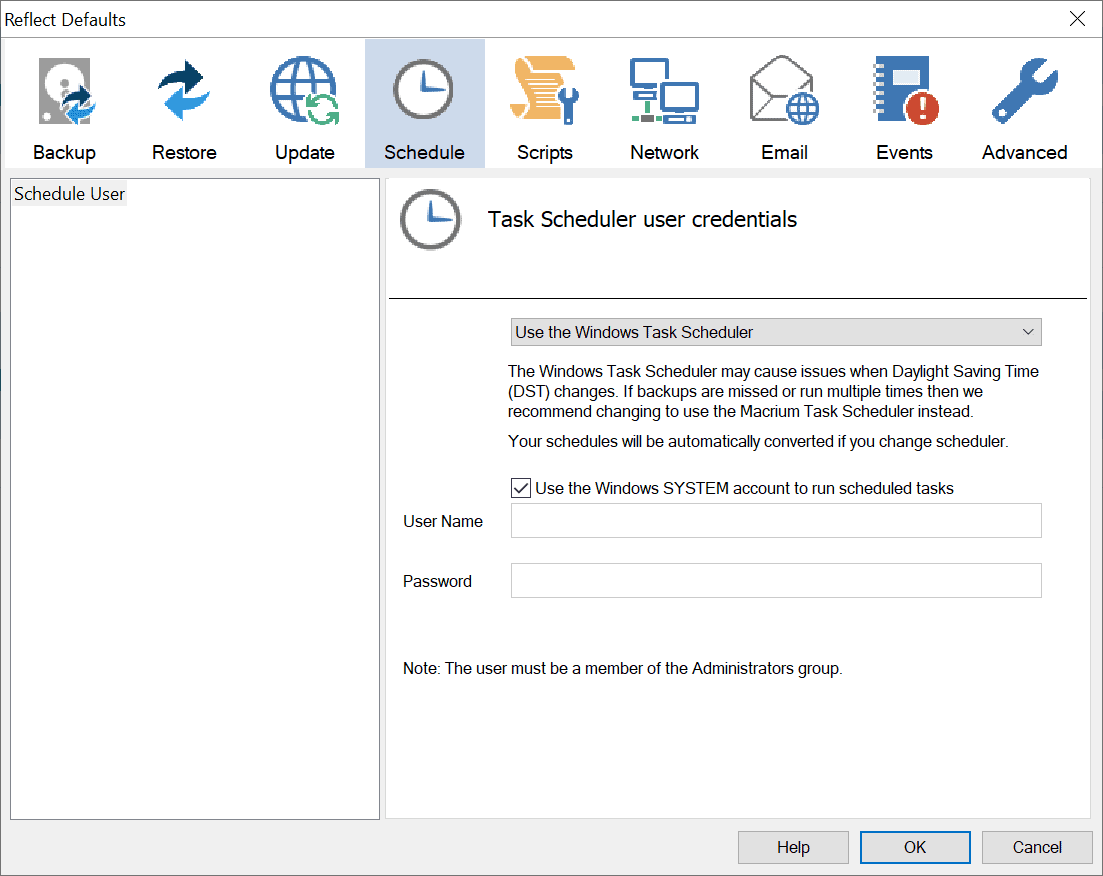 Macrium used the new scheduler for years in its Macrium Site Manager application. Conversions on a test system completed successfully and without issues.

Macrium Reflect 7.3 features several other changes besides the scheduling change described above:

The new version of Macrium Reflect is available on the company website. A limited free version is available for download, as are various paid and business versions.